Discovering the world one meal at a time. 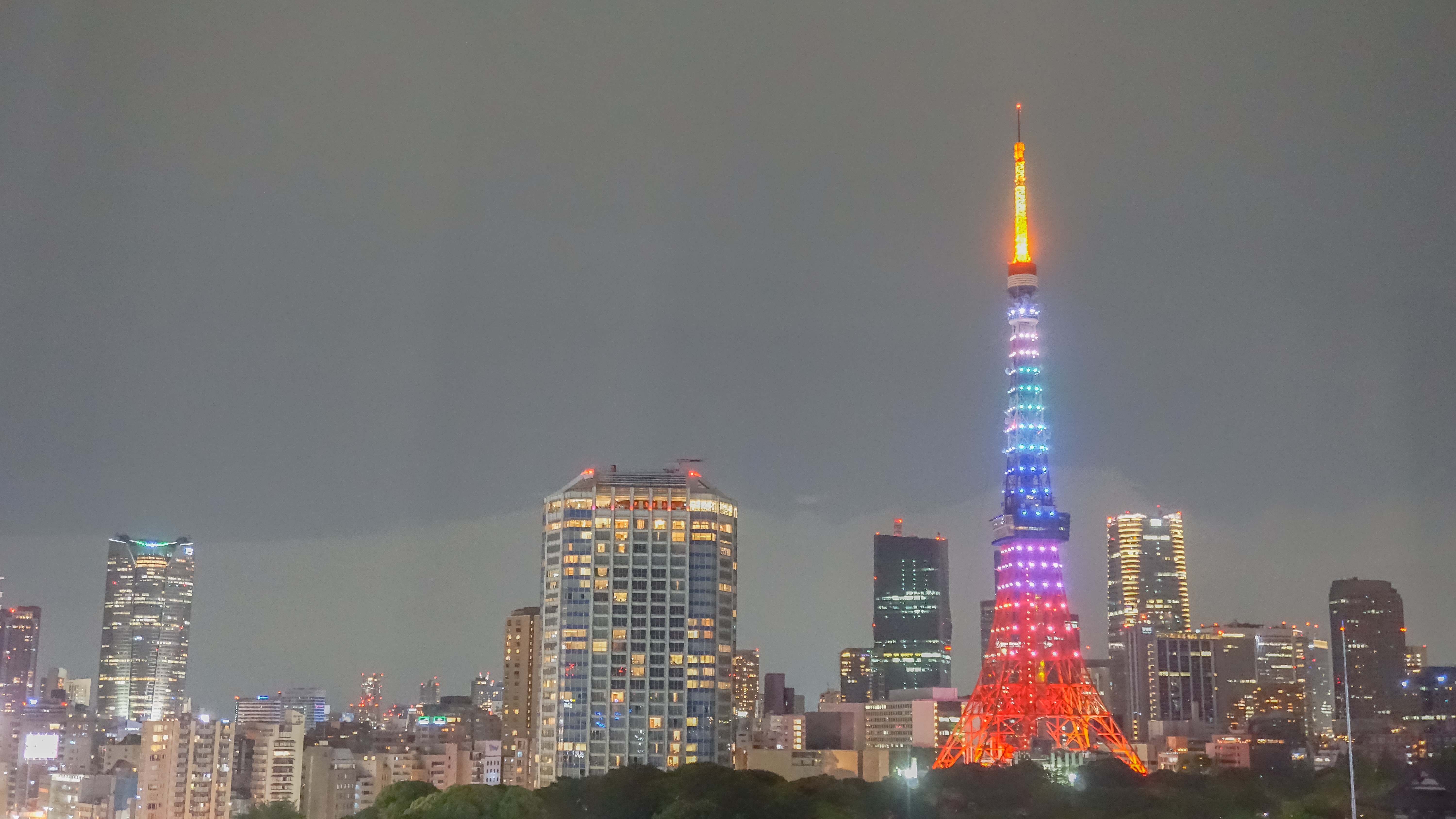 Japan has the power to excite even the most jaded traveler. From the majestic Mt. Fuji to the bright lights and energy of Ginza and Harajuku, no tourist is exempted from admiring a city borne out of centuries-old-culture mixed with a technologically advanced outlook. It is, as they say, the best of worlds. Traveling around Japan is experiencing a world apart–a grandiose melting pot of both the old and new.

It’s no wonder why many of us are enchanted by it, a mystery waiting to happen to all brave enough to wander its land. However, traveling around Japan can be daunting specially if it’s your first time.

This map is only of Tokyo Subway. The JR Line is still not included there. 😱 Most of the train systems that we are used to are very straightforward–there usually is two platforms where you can board or alight, each train going on the opposite direction, North to South, East to West, and vice versa.

More About the Trains

In Japan, a country that is obviously a millenia ahead of us, a single station can house multiple platforms, with one single platform possibly serving at least four different types of trains going to various locations:

Platform 1 for example, can serve a local, a rapid, an express, and a shinkansen. Each train is headed to a different location. If you’re not paying careful attention to the train signs, it is highly possible that instead of boarding the local train to Ginza, you can actually end up in Shin-Yokohama, or if you’re really careless, in Nagoya.

Traveling Around Japan: 5 Tips You Will Ever Need 👌🏽

There’s no need to worry if you’re traveling around Japan for the first time if you come prepared. With that said, we’ve compiled the best 5 tips you will ever need to survive station hopping within a city or even going from one prefecture to another.

5. Read and familiarize yourself with the city (system) map before traveling to Japan 🗾

I like being detailed and prepared when we travel. This gives me a picture of how our day would be like–say the costs, estimate travel, and how many spots we can explore a day without hurrying from one place to another.
One tool that helps me out in studying a new place is Google Maps. For our Japan trip, I was extra detailed with our Tokyo leg since there were many places we wanted to check out. The plotted map below shows our priority places. ⤵️

I did not only study the train systems, I also went as far as plotting the actual locations of the spots we’re targeting. Once you become familiar with the train map, its stations, and which train color goes where, it will be easier for you to identify which direction you’re going or the station where you’ll be alighting. Doing so saved us time and ¥¥¥, that’s one advantage you can have, too.
While we had this guide, we both are also annoyingly spontaneous. If we don’t feel like going to the scheduled spots tomorrow, we’ll divert from the itinerary, then proceed to wherever we felt like going. Being familiar with the train maps allowed us to go to places at the spur of the moment.

Tuna Mayo Onigiri, if you will.
One of our discoveries while exploring Japan is how delicious and cheap 7-11 onigiris are! A piece costs ¥100 and you can choose from different varieties: shrimp, shrimp mayo, salmon, salmon and sausage, red bean…I’m sure you’ll find one that you’ll like! Our favorite is Tuna Mayo and before we set out every day, we make sure our bags have at least four pieces. 😀

We often get hungry when out exploring the streets or en route to a spot. These riceballs are filling enough to get you through the next meal time without breaking your budget. For anytime the hunger kicks in after walking 20,000 steps, these onigiris will nourish you back to life. You’ll be ready to walk for another 20,000 steps in no time!
Quick note: One of the best things in Japan is that you can eat inside their trains and buses! If you ever feel hungry while on a train, feel free to eat!

Icoca, Suica, Pasmo, Kitaca, and 20+ more others are known as the Public Transit Smart Card in Japan. This will help you move around Japan via trains and buses. They also double as cashless payments for vending machines, kombinis, grocery stores, and even some restaurants.
This will give you access to virtually almost all railway stations and buses all over Japan. Yep, the four smart cards I mentioned earlier can be used anywhere in Japan for any type of transportation service. We got this ICOCA smart card in Osaka, which we used when we traveled to Kyoto.. We were still able to use this one in Tokyo, too!
It’s important to note that there usually is a ¥500 deposit when you first ~purchase~ it. You can top-up at any stations should you need additional funds. It’s a very flexible way of traveling around Japan or within a city of your choice. Just tap your way in and out at the ticket gate and you’re done!

If you are going to different prefectures and will make heavy use of the JR Railway, we highly recommend you get a Japan Rail Pass, commonly known as JR Pass. Take a look at our simplified itinerary:

But wait, there’s more! 😬 The JR Pass also includes the N’EX or Narita Express Train to Tokyo. We landed in Narita International Airport so we still had to travel to the city. The airport is around more than an hour travel via regular train or by car. Luckily, when we redeemed our JR Pass at the JR East Travel Center at the NIA, we were informed by the staff that it already includes our N’EX ride that took us to Tokyo in under an hour.  ⤵️

If you’re a city explorer, we recommend purchasing a Tokyo Subway Pass instead of the JR Pass. The Tokyo Subway Pass has three different types: 24h, 48h, and 72h in three different price point: ¥800, ¥1,200, ¥1,500. The validity of your pass is printed at the back of the card so you don’t have to worry about missing the expiration.
This Subway Pass enables you to board any Tokyo Metro and Toei Subway Lines. It is very comprehensive that it can take you to any of the major tourist spots in the city, Ginza? ✔️ Akihabara? ✔️ Shinjuku? ✔️ Shibuya? ✔️ Harajuku? ✔️ Tokyo Tower? ✔️ ICHIRAN??? ✔️✔️✔️. In fact, it covers almost all of Tokyo that we didn’t need to ride a bus or Uber. 💯

The only railways you can’t use it with are the JR Lines and private railway lines like that of the Yurikamome line to Odaiba (YES THAT GUNDAM!). In such cases, your ICOCA or SUICA will definitely come in handy. Seamless traveling y’all! 👌🏽
You can purchase your Tokyo Subway tickets at the Haneda Airport’s International Passenger Terminal at the 2F, the Narita Airport’s Keisei Bus Ticket, via Klook, or in Tokyo Metro Pass offices!

Our number 1 tip is getting your own pocket wifi! Any travel will be as difficult without you hooked up on the internet. Traveling around Japan without it will most likely be a disaster without knowing where you are or which direction you’re facing.
We relied heavily on maps to get to where we were going. Being familiar with the train map, having all the onigiris, and passes will not lead you to your destination if you’re clueless where you’re standing! You can always Uber, you say? If you have a working budget for your travels then that is not always the case. Besides, how can you share your Instagram stories or Facebook posts, RIGHT? 😜

We got ours via Klook for a total of SGD40~ for two weeks. The service was uninterrupted and highly reliable. There were no slowing down and we’re getting the subscribed speed on every random checks. 🙂 This is the kind of service you want when you’re traveling around Japan, seamless service with all the information you need by demand.
This greatly helps travelers in case you ride the wrong train, need to make a call, do online transactions, and other things you might need while out and about.

We hope this 5 tips on traveling around Japan can help you on your adventure! If you have any questions about this post, please leave a comment and we’ll get back to you right away!

Check out more of our stories here: 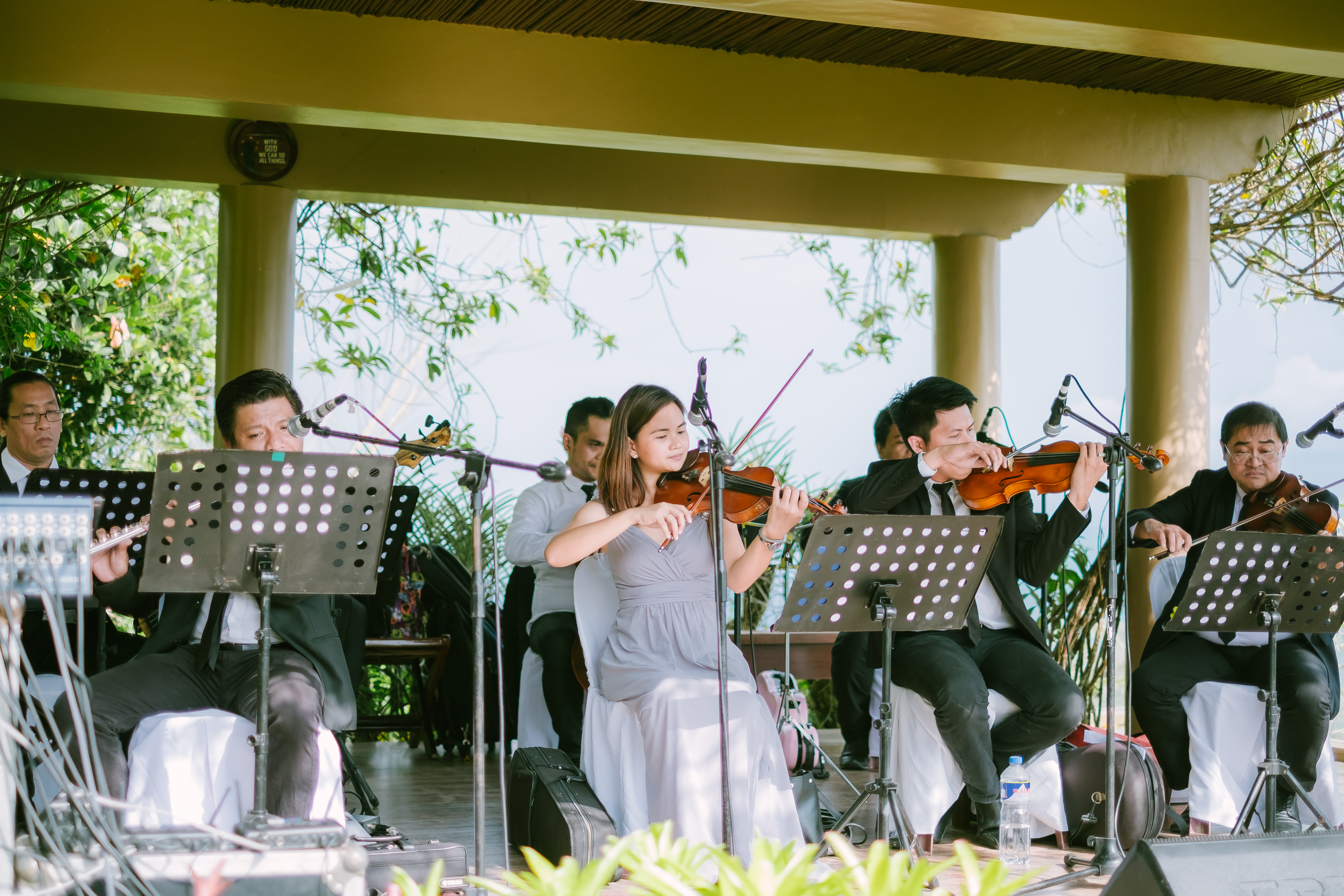 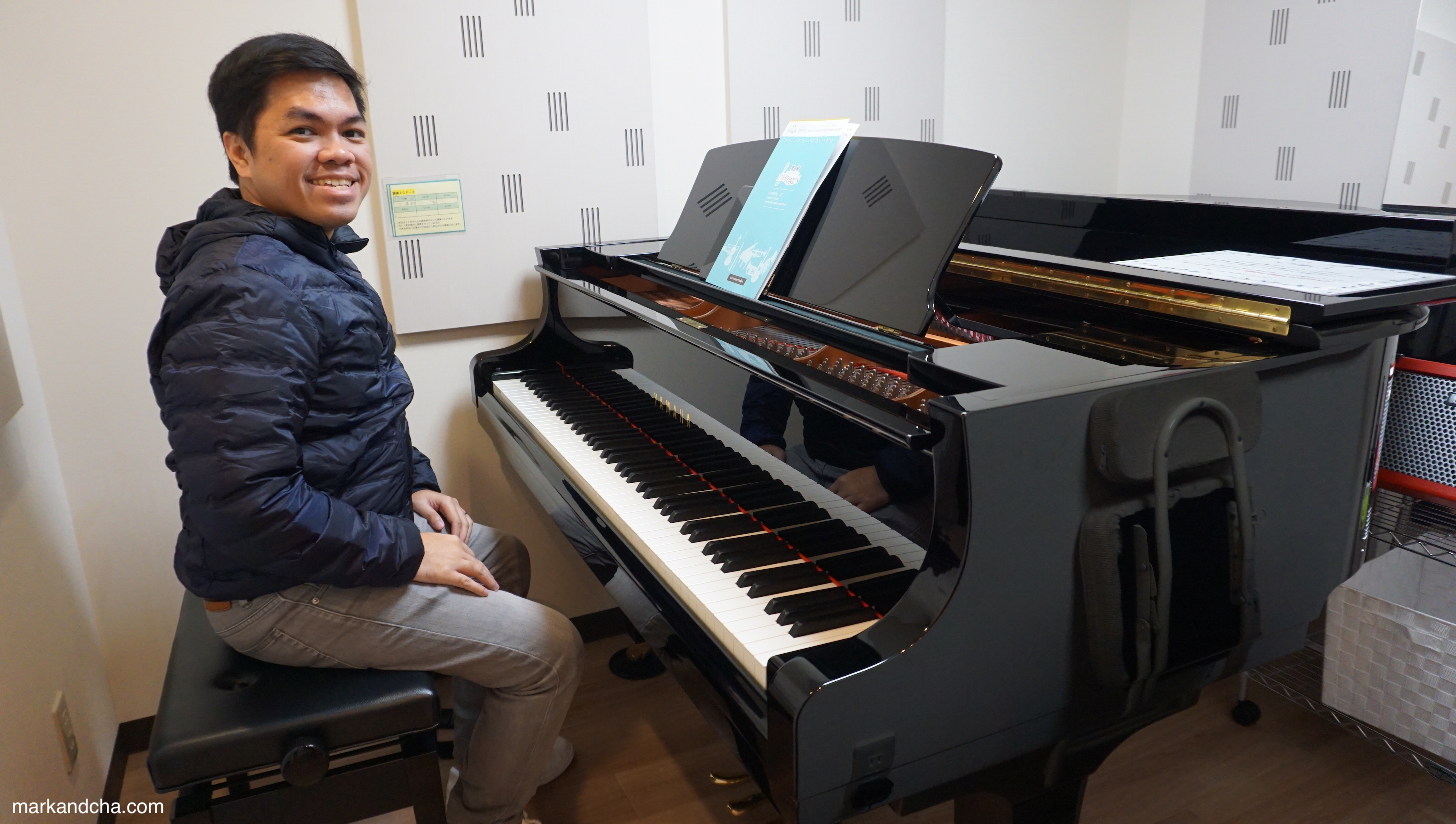 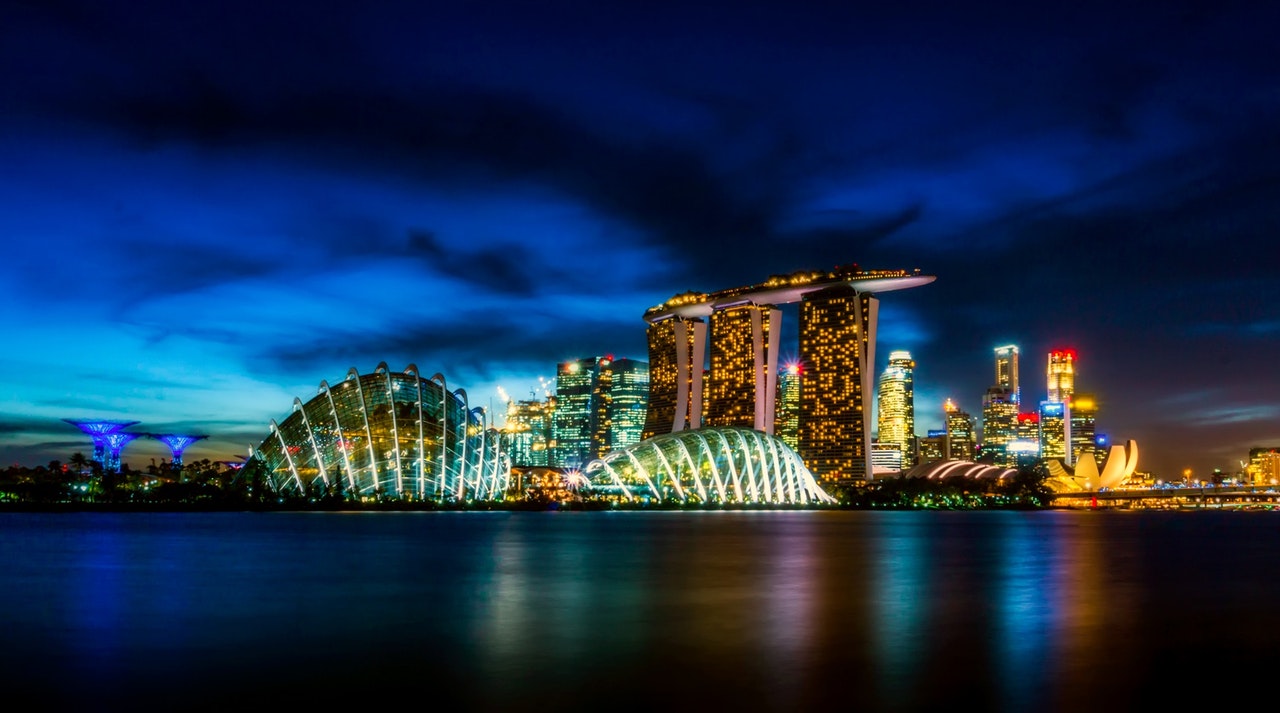